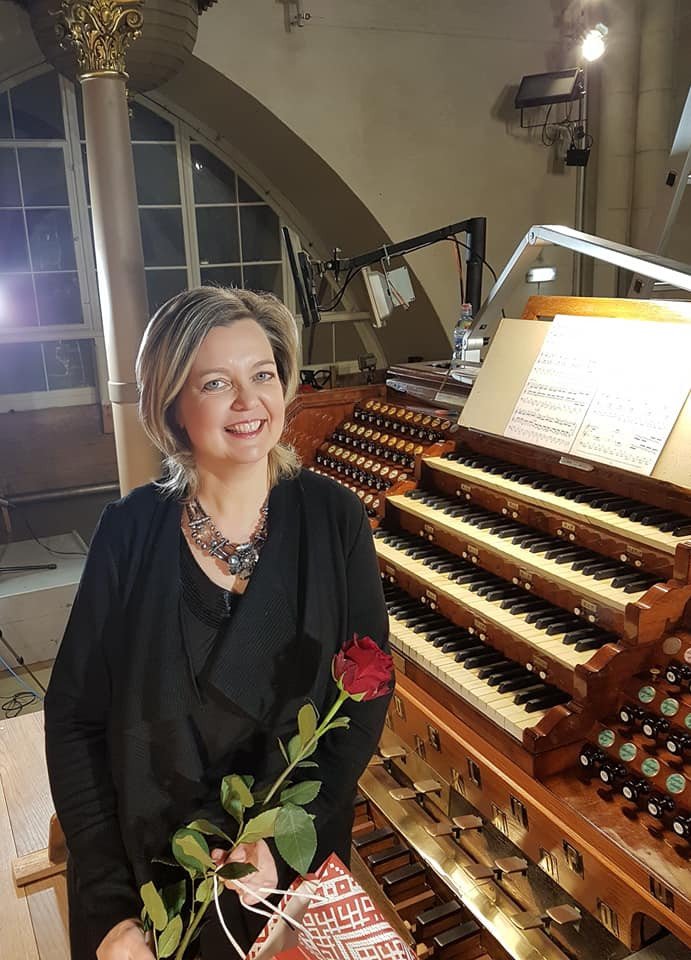 EDĪTE ALPE  is a graduate of the J. Vītols Latvian Academy of Music, where she earned her bachelor's (1998) and master's degree (2000) after studying organ performance in the class of Professor Larisa Bulava. She supplemented her skills at the international Bruksorgel summer academy in Sweden and the Royal Conservatory in Toronto, Canada. Edīte Alpe has performed in Latvia, Lithuania, Sweden, Finland, Austria, Germany, Russia and Canada. She has taken part in the Rīga Cathedral organ music festival, organ music festivals in Liepāja, and the Vox Angelica organ festivals in Jūrmala. Edīte Alpe and her husband Tālivaldis Deksnis have performed as a duet in several Latvian churches, as well as in Moscow, Germany, Finland and Sweden. She has worked with many soloists and instrumentalists, including Ilona Bagele, Solveiga Raja, Inga Šļubovska, Evita Zālīte, Raimonds Bramanis, Žoržs Siksna, the Latvian Philharmonic string orchestra, and many others. Since 1991, Alpe has served as an organist at Latvian Evangelical Lutheran Churches (Bulduri, Ķemeri and Dubulti), and since 2000 she has been the permanent organist and organiser of musical events at the Dubulti Evangelical Lutheran Church. Since 1998, Edīte Alpe has taught at the Jūrmala High School of Music, and since 2007 she has also taught organ performance there.

She and T. Deksnis helped to purchase and install an organ at the church in Dubulti. The historical instrument has become a colourful and inviolable component in the musical life of Jūrmala. Edīte Alpe has produced various concert cycles at the church, including the Vox Angelica festival.